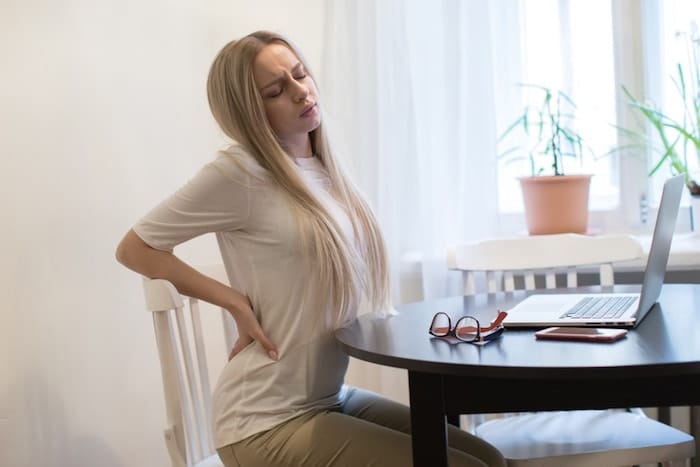 Connect with Chiropractor in Torrance, San Pedro, or Newport Beach CA for Non-Surgical Treatment of a Herniated Disc

At Zaker Chiropractic, our staff has met hundreds of Californians from the Torrance, San Pedro, and Newport Beach communities who are struggling with pain and dysfunction related to a herniated disc. This common condition doesn't always cause symptoms, but when it does, the impairments can be debilitating and extremely painful.

We're happy to answer your questions about this condition and are proud to provide a wide range services that can alleviate symptoms and heal an injured disc, as well.

You have intervertebral discs located all throughout your spine sandwiched in between your vertebral bones. These discs provide essential shock absorption and also help to improve mobility within the spinal column itself.

Spinal discs are covered with a fibrous outer layer of tissue known as the annulus fibrosis. Inside the disc is a soft gel-like material known as the nucleus pulposus. A herniated disc occurs when the outer fibrous layer ruptures, allowing the inner material to leak out. This can release chemicals which irritate nearby nerves and cause back pain and muscle spasms at the level of the injury. Additionally, a ruptured disc can compress spinal nerve roots, leading to pain, numbness, weakness, and tingling in the arm or leg innervated by that nerve.

In contrast, a bulging disc occurs when the disc protrudes out of alignment but does not rupture and leak. Depending on the extent of the bulge, this type of disc injury can also lead to similar symptoms as the ones seen with a herniated disc.

As for a slipped disc, this one's a bit of a misnomer. This word is often used interchangeably with a bulging disc or a herniated disc, but it's not really its own separate condition.

What Causes a Herniated Disc?

The old saying "the straw that broke the camel's back" often rings true when it comes to herniated disc. That is, often a disc will rupture after the cumulative effect of repetitive damage which slowly degrades and weakens the disc over time. In other cases, a herniated disc can occur suddenly, usually as a result of a sudden trauma such as an auto accident, slip or fall, or sports injury.

You may be more at risk for sustaining a herniated disc if you:

What Are Non-Surgical Treatment Options for a Herniated Disc?

In some cases, a herniated disc can heal on its own over time. However, waiting for a disc injury to heal puts you at risk for chronic inflammation and sustained damage to nearby spinal nerve roots. For this reason, chiropractors are valuable to people dealing with herniated discs. They can provide non-surgical and drug-free treatments that alleviate symptoms and address underlying factors (such as core weakness, poor body mechanics, and poor posture) which exacerbate your condition.

Chiropractic treatments also help to heal an injured disc and help a patient modify preventable risk factors so that recurring problems can be avoided.

At our clinics, we offer a variety of non-surgical treatments for people living with herniated discs. Such treatments include:

Are Your Symptoms Caused by a Herniated Disc? Contact Zaker Chiropractic for Surgery-Free Pain Relief

To connect with an experienced herniated disc doctor near you who won't expose you to harmful drugs or invasive procedures, contact Zaker Chiropractic, with three convenient locations in the southern California area. These areas include Newport Beach, Torrance, and San Pedro.

Dr. Misa Zaker, D.C.
As a South Bay resident and graduate from UCLA Dr. Zaker specializes in comprehensive multifaceted chiropractic care and manipulation under anesthesia (MUA). After getting his doctor of chiropractic degree at Southern California University of Health Sciences Dr. Zaker built his practice with a goal of changing the perception of what a chiropractic treatment consists of. Dr. Zaker has treated many professionals and amateur athletes including UFC pros, marathoners, swimmers, dancers, and cyclists. Certified in Nerve Conduction Velocity and Manipulation Under Anesthesia, his expertise is sports rehabilitation has helped hundreds of injured athletes regain their strength and flexibility without surgery.